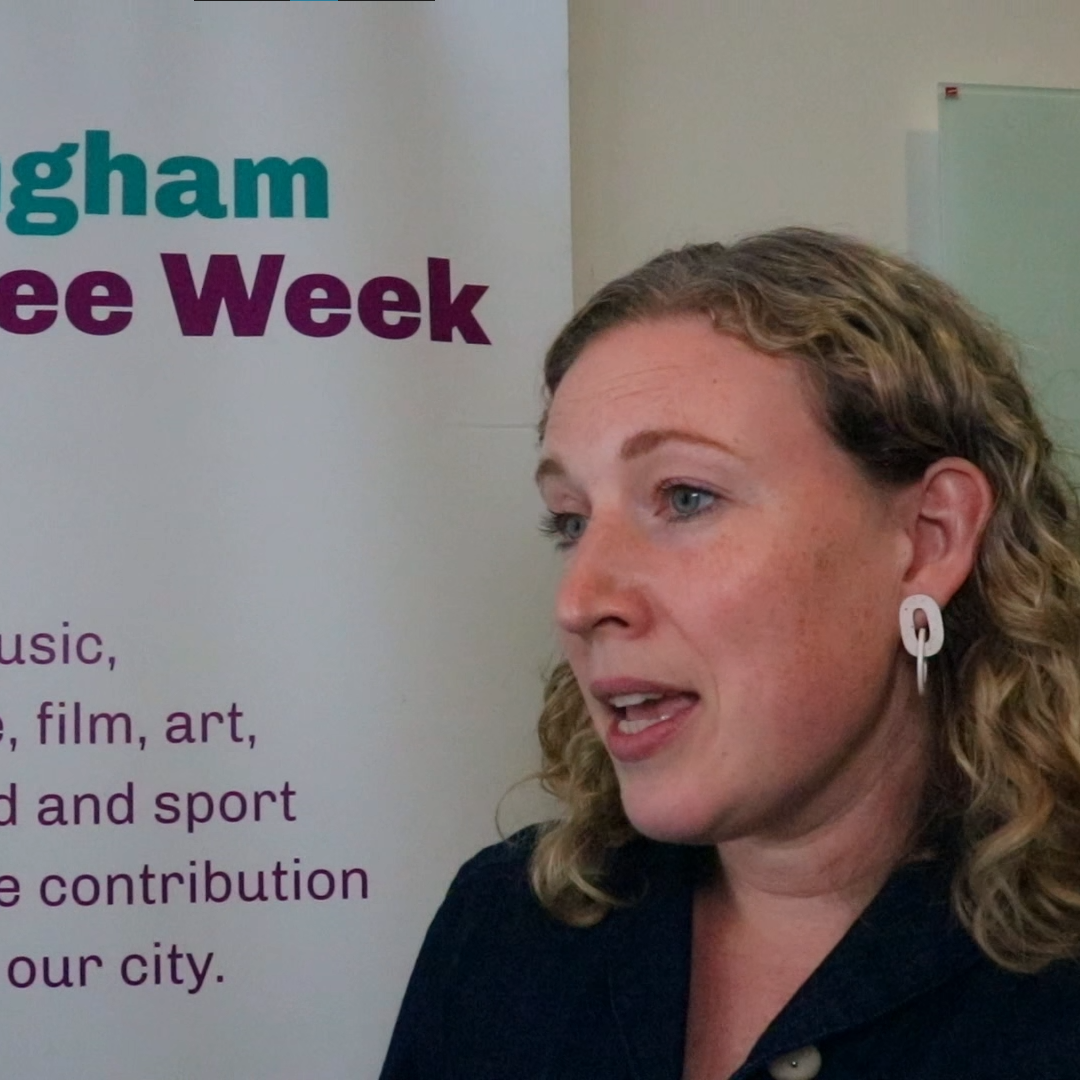 Nottingham Refugee Week is a cultural festival that celebrates and welcomes our refugee population in a variety of ways. This short documentary introduces the 2022 festival, reflecting on its impact and inviting you to join next year as the festival continues to grow.

As Anna said: this is our city and our festival, so I hope you feel that this is our film.

My small team and I documented as many events as we were able to reach. Despite our busy schedule we still didn’t manage to capture everything, which is testament to just how much was happening!

To all the refugees arriving (or settling) in Nottingham and the rest of the UK:

We are sorry that our media and political forces work so hard to make you feel unwelcome. The fact is that you are welcome here and valued members of our community.

I directed, produced and edited this film as well as providing original music and motion graphics. I also operated cameras at several locations. The film would not have been possible without the contributors below, especially the crew, whom I commend for any role on set.

This kind of project has a lot of stakeholders and many more moving parts than you ever see on screen. Working with vulnerable groups, especially those under tangible attacks from the media and government, makes this even more complicated. Please feel free to reach out if you would like to talk about filming events, managing informed consent and managing expectations from so many stakeholders.

Audience and other uses for this film

The length and pace of this film is based on some audience assumptions; I am not a well-known producer with a large existing audience, while most of the featured speakers also represent grass-roots organisations. This means we are looking to grow our audiences, reach new people and potentially support funding applications for developing the role of film in subsequent festivals. Separately from this, at several events people declined to be filmed or interviewed. As I mentioned, this is a sensitive subject to cover. Footage from events made it into the film alongside other commentaries to punctuate statements, move between sections and so on. The intention here is to recreate the sense of how busy we felt dashing around the city covering them. This is an exciting cultural celebration!

The amount of collaboration represented on screen still doesn’t come close to what is involved in making Nottingham Refugee Week happen. This is pioneering work, mobilising a dedicated solidarity movement that openly contradicts the dominant power narratives at play. Showing the reality of refugee solidarity against this backdrop is the most important point this film makes.

Many of the organisations involved in this project would benefit from the kind of media support seen in my work with Happy Beginnings Animal Rescue and plans are being drawn up to explore the viability. I welcome input from other creatives, funding bodies and potential collaboration partners as we look into expanding the project over the coming years. Please use my contact form to drop me a line 🙂